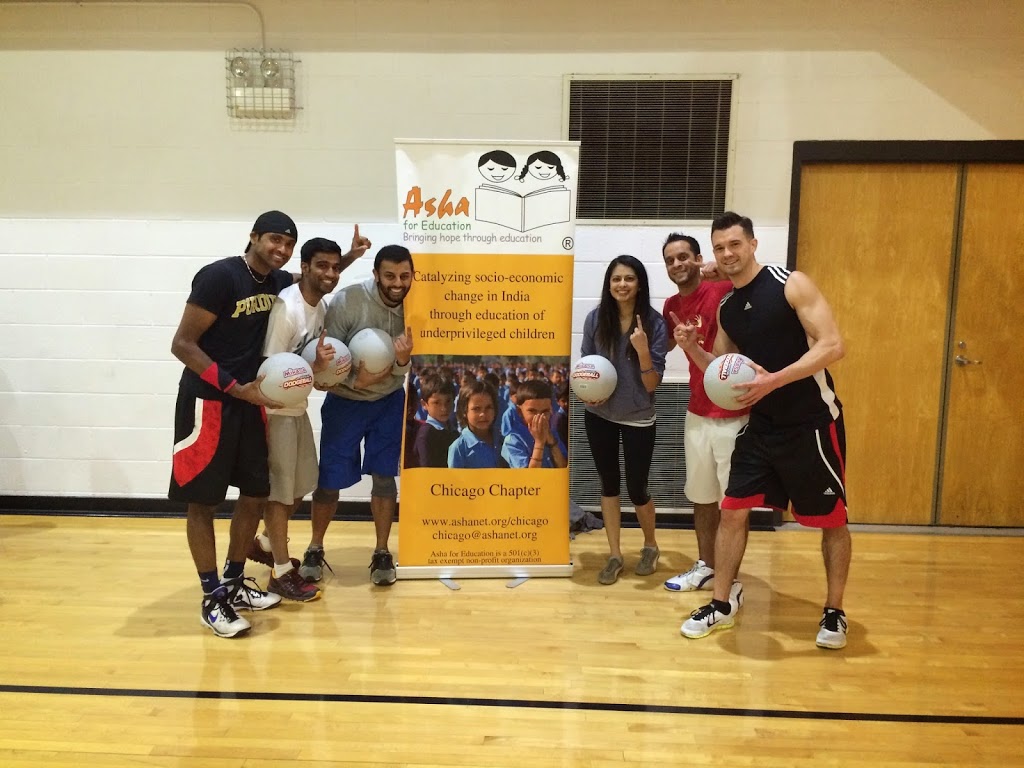 Additionally, chapter volunteers and members reached out to their personal and professional networks and two Indiana University organizations – Raas Royalty and Indiana University Indian Student Association, to help promote and participate in Asha’s event.
The event was extremely successful as we had 10 teams participate with over 60+ attendees. Teams had a chance to play 4+ games in an exhibition round to seed them into the final tournament bracket. The last hour of the event was dedicated to a single elimination tournament where teams competed for a cash prize and bragging rights for a year! The entire tournament lasted a total of two hours and the Asha team received positive feedback on the entertainment value and efficiency of the event. The tournament raised over $400 in funds which are being donated to the 6 projects supported by Asha Chicago. Based off this success, Asha Chicago is working to make this a recurring yearly event and hopes to continue getting more teams involved, raise fundraising standards and give back to schools in need of help in India.