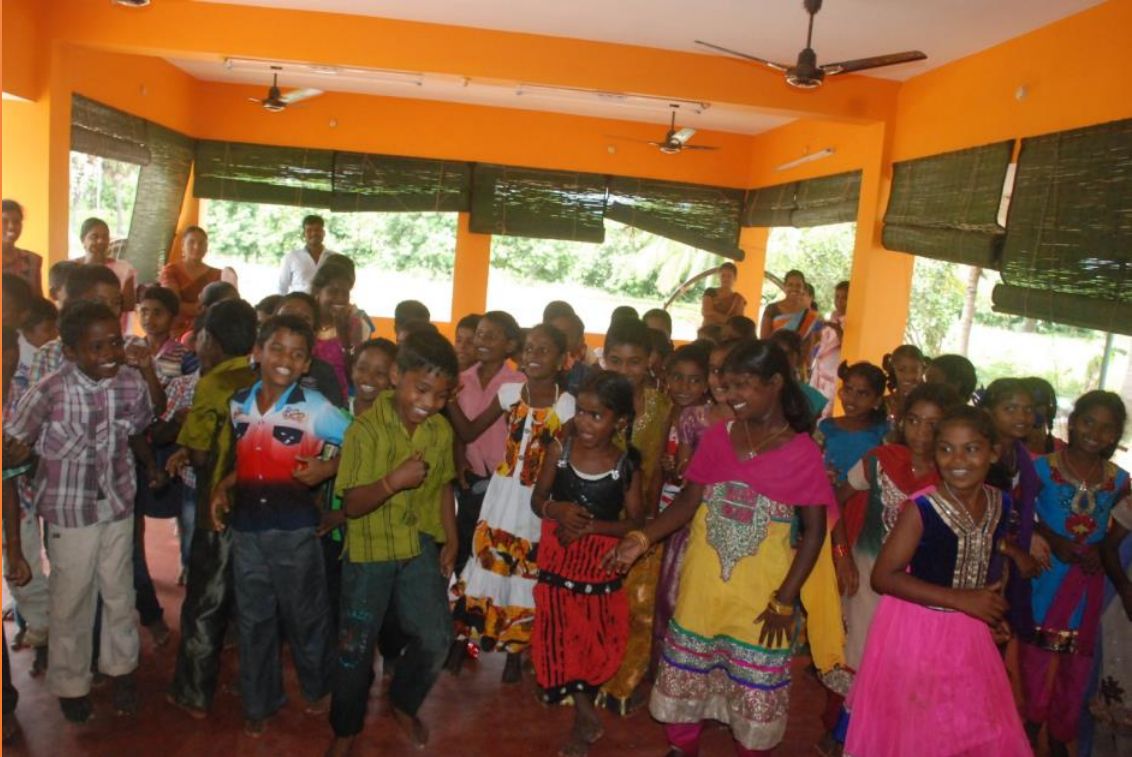 I am Rajaraman Krishnan, a volunteer of Asha Chennai. On 8th July 2015 I visited schools supported by Kalanjiyam trust. We had a specific interest in visiting their project because Asha Chennai chapter has also been running projects along similar lines in supporting government schools. I wanted to see if there were things we can learn from them as well as see if we can collaborate/contribute towards their work in non-monetary ways. I went to their office in Thiruvanmiyur which I believe is Mrs. Lakshmi’s residence. I met Mrs. Lakshmi and Mr. Raviraj there. I parked my car there and went to the project site in their car. The long drive there and back gave me good opportunity to interact with them and learn more about their organization and this project.

Kalanjiyam Trust has 4 trustees. Lakshmi and Raviraj are two of the trustees. They do not draw any salary from the trust and were volunteers much like ourselves at Asha. They also keep their administrative cost down. They do not have any staff for administrative work in Chennai and a room Mrs. Lakshmi’s residence also serves as their registered office. I was happy to see an organization with similar ideals as Asha. Mrs. Lakshmi comes from a public health background. She had returned from US to India back in 2000 and has been assisting in this area. Kalanjiyam was also started with this as the focus. Education became a priority as the started their work. They have a medical van which goes to villages in the Lattur block with a trained nurse on board and does initial consultation. They work with another organization VHS to actually treat the patients (I think at Thiruvaadhur).

Kalanjiyam is doing work in Lattur and one other block of Kanchipuram dist. They are also doing work some work in Chennai (working with a couple of schools here) and in Virudhunagar Dist. Regarding their education relater work in Lattur block, they are working with two bigger high/higher secondary schools at Thiruvaadhur and Zameen Endathur. The other schools are primary/middle schools that act as feeder schools to these schools.

I first went to the higher secondary school at Thiruvaadhur. The Principal had gone to attend a meeting. The assistant HM, Mrs. there met us and was talking to us. The school has 1100 students. While they had opening for HM+33 teachers, they currently had only HM + 28 teachers and one PTA teacher.

Kalanjiyam had appointed 4 teachers to the school. One of them was absent on that day. I could meet and interact with the other 3 teachers. The assistant HM talked very favourably of two of the teachers Jagadharakshagan (teaches English) and Vijayakumar (teaches Zoology). In particular they talked very highly of Jagadhrakshagan. It looks like he often comes early to the school and helps organize things. He is primarily responsible for the school getting 100% result in 10th and 12th Stds in English in the board exams. The assistant HM was also a little negative about one Kalanjiyam appointed teacher who was teaching commerce. It looks like she often comes late, absents herself etc. and doesn’t even interact well with the other teachers. The lady I was talking to seemed quite motivated. Like all government (and probably private) the focus was very much on getting students to pass the 10th and 12th Std. board exams. In that it looks like majority of the teachers are quite focused and hard working. They have extra classes for 10th and 12th standards after school hours. The government teachers go beyond their call of duty to do this. The Asha teachers have also been participating in that.

The teacher also had a list of requests for Kalanjiyam on the infrastructure side. Floors for the classrooms in one whole building were bad and needed to be tiled or recemented. Kalanjiyam has renovated one building in the past. Kalanjiyam also provided a teacher for arts and crafts (I think for the middle school). That teacher is shared with their other schools and comes to this school on one day a week (Thursdays). Students getting 400+ are given scholarship by Kalanjiyam. Some career guidance is also provided by Kalanjiyam for the 12th std students.

I went around the school and went into one of the 12th standard classes. This happened to be the pure science group (Physics, Chemistry, Zoology and Botany). I interacted with the students a bit. They all seemed confident of doing well in their studies and had a fairly good idea on what they wanted to do.

Then we went to the middle school at Periya Velikkadu. This was the first school that Kalanjiyam started working with. The school has 126 students. About 55 of them are in the primary classes which has 3 teachers and the remaining 70 students in 6th to 8th standards with HM + 2 teachers. They did not have a trained teacher in Maths. Kalanjiyam has appointed one Bhuvaneswari who has BSc Maths and BEd. She had joined just 4 days earlier. I interacted with the 8th and 7th standard children. With the 8th std children I tried to see if they understood the commutative property of multiplication and the relation of multiplication to division. With some guidance they could quickly understand the concept. Then I talked to them about approximate calculation which is very important in real life calculations.

With the 7th std students I talked to them about English – phonics and how they can guess the spelling of words if they listen to the sound and try to map the different sounds to letters. They were quite good at it. The English teacher’s knowledge of English was better than in many of the other government schools I have visited.

We then went to their office at Kalpat. All the teachers from their various schools had assembled there to interact with me. I interacted with them and understood a bit about their work. Three of the teachers there were computer teachers. They go to various schools and teach the students there how to use computers. They do this on the government computers at these schools. They are not using the computers for any curriculum instruction (in say Maths or English). They usually spend about half a day at each school. They have a fixed set of schools and rotate between these. The primary schools where they are providing para teachers are typically very small schools with strength of 20 to 50 students and with 2 government teachers. The para teachers specifically work with weaker children, trying to bring them up to the level of the other children in the class. They also take ABL classes along with the government teachers.

Kalanjiyam needs continued support from Asha Stanford. They also need support for some of the schools which used to be supported by Asha CNJ. They have started working with V-Excel to identify and have special education for slow-learners with various learning challenges.