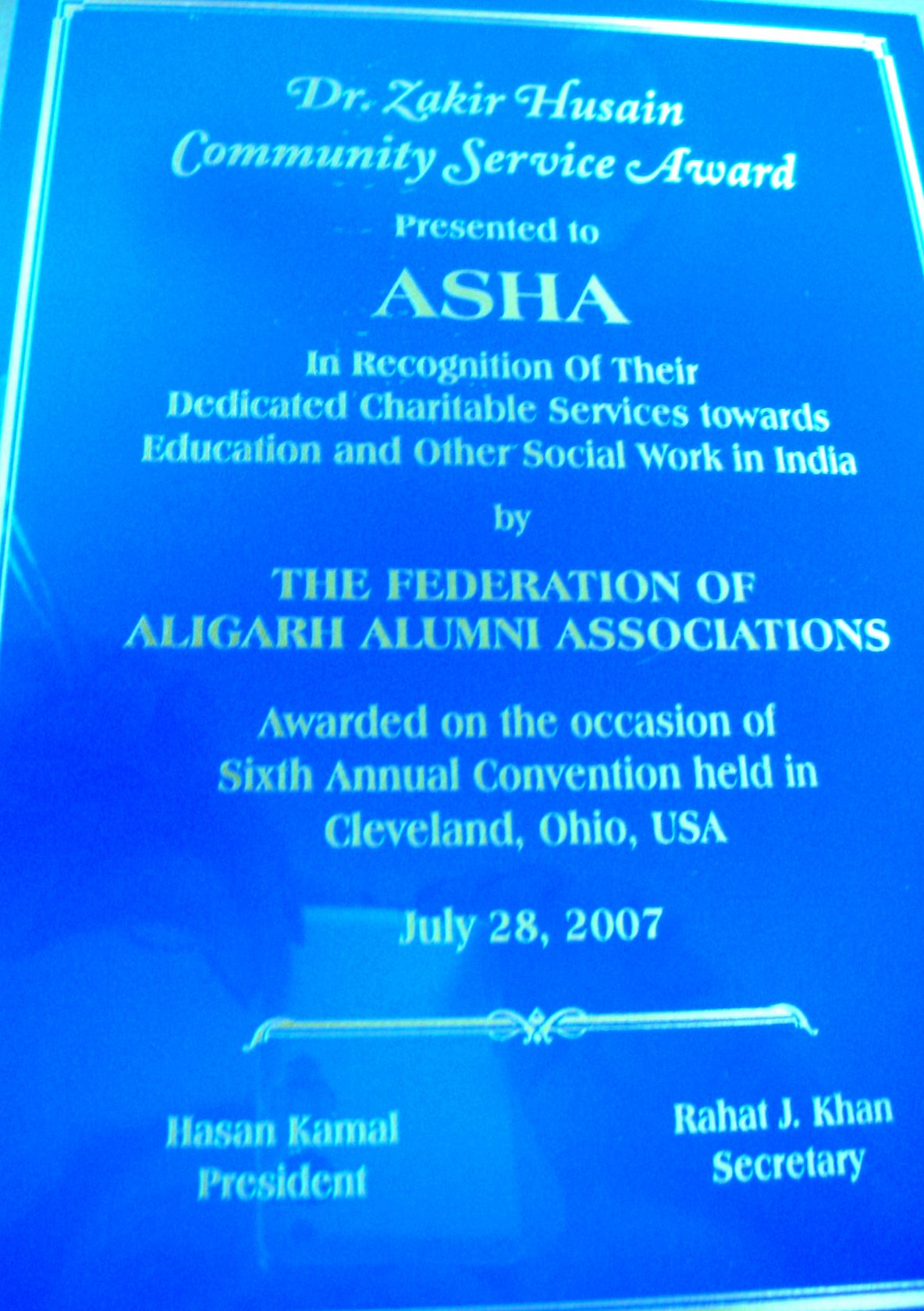 Asha for Education (“Asha”), received the Dr. Zakir Hussain Award in Cleveland, Ohio on July 28th. Presented at the Aligarh Alumni Association annual meeting, the award is given each year to an individual or organization involved in selfless community service in India.

Divya Sridhar and Fehmida Kapadia from the Cleveland chapter of Asha accepted the award on behalf of the organization. They were invited to attend the meeting by Mr. Qamar Khan, President of AAA, and Mr. Zahid Siddiqi, President of the Cleveland chapter of AAA. Sridhar and Kapadia, long-time volunteers, made a presentation about the organization as well as local activities in Cleveland, including a dinner gala for donors, the Notes of Hope concert series, and an upcoming concert with an acappella group, Penn Masala. Asha Cleveland jump-started their chapter in 1996 and currently supports eight projects. These projects include Sanatan Rishikul Ashram Seva Trust (SRISHTI), a formal high school for children of tribal people in the Sambhalpur district of Orissa; Vidyarabam, a trust that created pre-primary and remedial centers in Tamil Nadu in the aftermath of the 2004 Tsunami; and Prayas, a project that seeks to provide quality primary education to children in the Chittaurgarh District of Rajastan.

Kapadia said, ‘Asha was very warmly received and the response to us and our work was overwhelming. There were several individuals who approached us and discussed their own work, expressing an interest to collaborate in the future.’
Asha for Education is honored to have received this award.